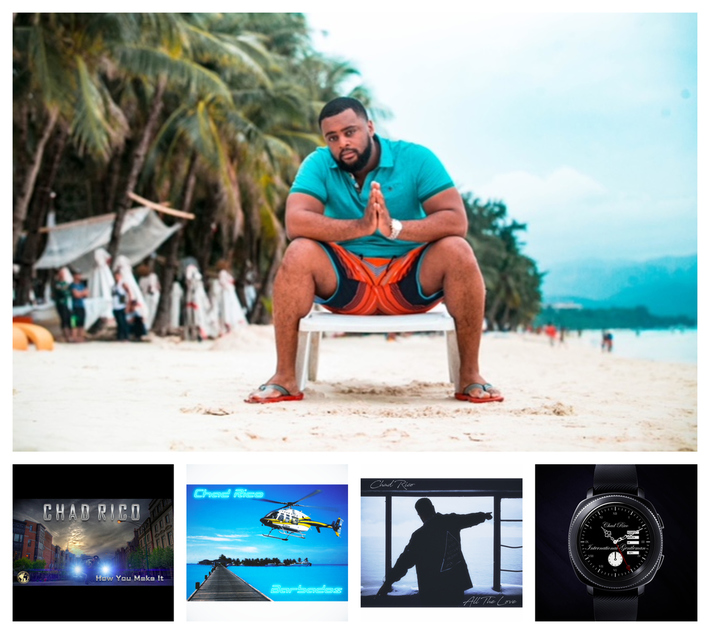 Richmond, CA - As a devoted college math professor, recording artist Chad Rico knows that if he doesn't keep his students engaged, they will miss the lesson he is there to teach them. So Chad has been dropping his special form of musical arithmetic all summer and has just announced four new single homework assignments to keep his fans committed to the groove. With plans to teach all summer long, his "12 Weeks of Summer" EP project on Gold & Gems Records has added up to hot summertime fun with the release of a new single every week. The curriculum for the next four weeks includes "How You Make It" on July 12; "Barbados" on July 19; "All the Love" on July 26 and "International Gentleman" on August 2.

As an entrepreneur, financial analyst, clothing manufacturer/designer, filmmaker and world traveler, Chad Rico is a proven master mathematician with winning calculations for success. He dropped his first EP "Myth" last year with the single and wildly popular video, "New Level." Both titles clearly announced his intentions and positioned him at the head of the class.

A Belizean American, Chad's legend began at birth when he was born in Los Angeles, in the same hospital and at the same time as Grammy Award-winning artist Kendrick Lamar. Currently repping for the Bay Area, Chad's family relocated to Northern California where he now resides. The esteemed University of California Berkeley alumni attended the university on an academic scholarship at the age of 16! With a B.A. in African American Studies and Applied Math, and a master's in mathematics from San Francisco State University, Chad also spent eight months in London in a Regents College Graduate Business Program.

The intentional student turned professor has taught math at Contra Costa College, City College San Francisco, Berkeley City College and College of Alameda. The 32-year old has traveled to over 35 countries. In addition to his music company Gold & Gems, he owns and has operated his Gold & Gems clothing business for the past six years. Students are welcome to review the past single assignments Legend In The Coupe,""Pure Highbury," "Charge It to the Game," and "Don't Trust You" in preparation for the final semester test

Check out snippets from the full music track syllabus at https://www.goldandgemsrecords.com/12weeksofsummer.html.

And don't forget to look out for the 'cheat sheet' for "How You Make It" at https://youtu.be/WVkBWW0eWO8